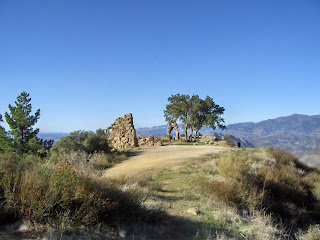 Still moving, so it's another photo blog. This one is for a legitimate archaeological site, one that is open to the public so this is not a breach of confidentiality, the ruins of a building in the Santa Ynez Valley in Santa Barbara County, CA. 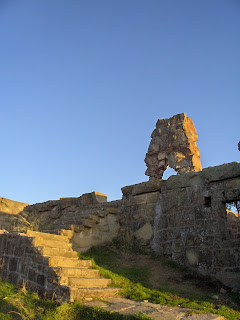 The parcel was purchased in 1916 by George Owen Knapp, and a large, impressive house was built there. In 1940 Frances Holden bought the property and invited his friend, opera singer Lotte Lehmann to live there. 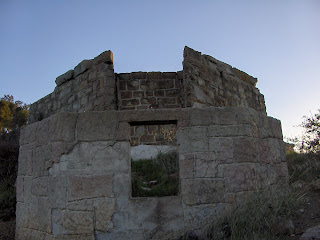 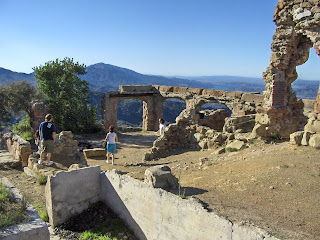 Within two months, the house burned down during a forest fire, leaving the ruins that have come to be known as "Knapp Castle." 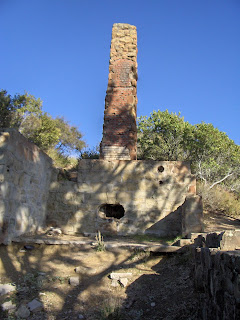 Now it's a great place to walk to, just a short hike from the main road. It's also a place where a lot of annoying pseudo-hippies like to go on nights with full moons in order to sit in a circle and drum without a sense of rhythm. 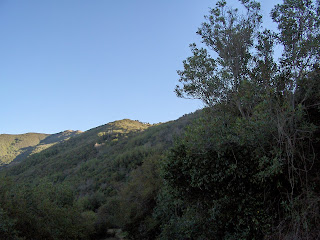 francis holden was a female.